Love working with these guys.

Best place for talent to shine.

We make event magic together.

Let US take your Concert, Event, or Music LIVE worldwide.

Earn a six-figure #PayPerView performance payout from an enthusiastic overseas audience. Overseas travel and mass event gatherings are restricted Worldwide. The alternative is to professionally broadcast your “Live Event” to your overseas fans for a performance revenue you wouldn’t imagine. Events World Television Corporation, Inc. has 13 years of documented research and event broadcast operations in the professional events broadcast televised streaming distribution field as an industry leader. Skilled Newtek Tricaster NDI Broadcast operators, Today’s most advanced broadcast streaming television equipment, approved by the telecom industry as next level broadcast TV Live Production. I KNOW! The big question and most important question. How does EWTV get your stream to the overseas audience and what would the confirmation be that your event actually reaches those overseas markets and did the fans watch your event. Events World Television and Thee Creative Agency have worked alongside each other this 13 plus year voyage to becoming one of the best at broadcast streaming television and making sure reaching your audience is a priority and with consistency. A proprietary solution has been developed and implemented through analytic mining over the last 10 years compiling data from each event we’ve broadcast. Until together we mastered a socially integrated marketing map that is 100% accurate in placing your event directly into your music genres and brand niche saturated markets, anywhere around the world. Guaranteed! Measurement reports are provided at the end of each event assuring your audience attendance, devices streamed, eCommerce revenue intake, browsers, and more. So let’s “PPV Broadcast” your two-hour “Live Concert” performance to concert fans overseas. A huge global audience is waiting for your LIVE U.S entertainment Event to air.
Contact Us 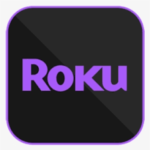 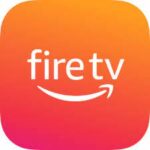 © 2008-2020 EVENTS WORLD TELEVISION CORP, INC. All rights reserved. And other related marks and logos are trademarks of EWTV, Inc., The United States of America and/or other territories.